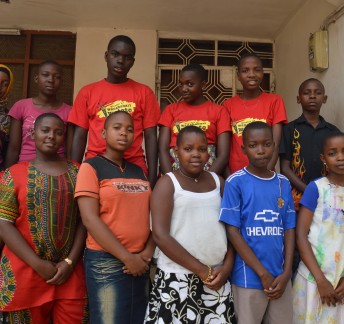 Our group is called UNICEF Tanzania Young Mappers. We come from Mwanza Tanzania, have sixteen members aged between 12 and 16 years and have been active since September 2015. We suggested this name because we are working with UNICEF Tanzania and we are young people engaged in mapping environments in our community, which are effected by pollution and climate change as well as those that are not effected. We are also Young Reporters so we use our reporting skills when we speak to the community about environmental issues.

Tanzania is a large country in East Africa which has different climatic conditions and environmental features. We are situated on the Indian Ocean, have mountains like Mount Kilimanjaro, national parks, rivers and lakes such as Lake Victoria which is the second largest freshwater lake in the world. Our group comes from Mwanza which is a city on Lake Victoria. We have been experiencing the effects of climate change like limited rains and an increase in the intensity of the sun. We also experience a lot of environmental pollution such as; water contamination because people release wastewater from their toilets when it rains, improper garbage disposal and stagnant water which contributes to malaria.