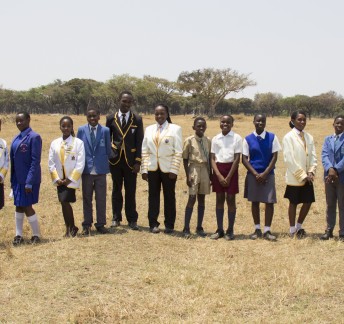 Our group is called Nature Buddies because we believe that with the love we have towards nature we can actually create a good relationship between nature and humans. A friendship whereby we will be doing good to each other.

Zimbabwe’s climate is generally sub-tropical characterized by four seasons which interchange in an interval of between three and four months. These seasons are the cool dry season from mid-May to August; hot dry season from September to mid- November; the main rainy season running from mid-November to mid-March; and the post rainy season from mid-March to mid-May. In general, the mean monthly temperature fluctuates from 15°C in July to 24°C in November and the mean annual temperature varies from 18°C on the Highveldt to 23°C in the Lowveldt. So far, the lowest minimum temperatures (7°C) are recorded in June or July and the highest maximum temperatures (29°C) in October, or if the rains are delayed, in November. Of late higher temperatures as high as 35°C have been recorded in some areas like Kariba in October 2015.